In spring 2015, AUKETT + HEESE was invited as one of 13 architectural offices to participate in the restricted competition “Leipzig Hauptbahnhof Ostseite”.

The competition task was to develop a building design for a hotel as well as a design concept for the facade of the planned bus terminal with associated multi-storey car park.

The site with an area of approx. 11,000 m² is in the direct vicinity of Leipzig’s centrally located main railway station. 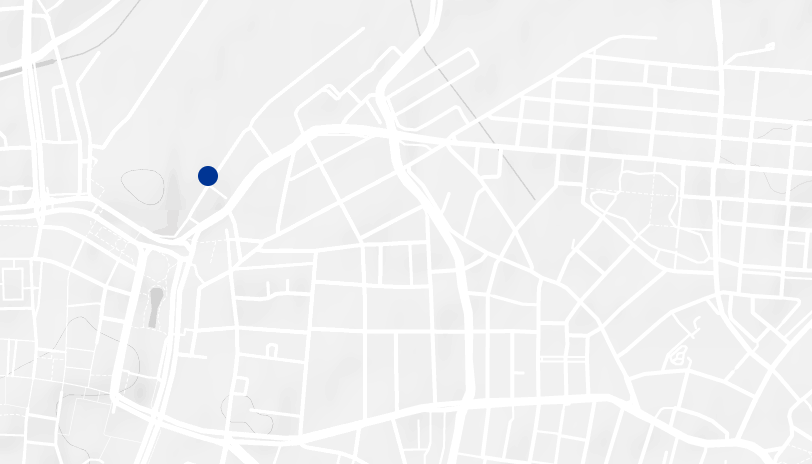 The building site for the planned new construction of the two hotel buildings is in the heart of Leipzig in the immediate neighborhood/vicinity of the main railway station. The site is strongly influenced by the various local and (supra-)regional traffic arteries, which converge here. With its form, the building reacts to these movements in the urban space and tries not to interrupt the flow of traffic by fitting in, while at the same time creating an inviting atmosphere for the building’s guests.

Modern in design, sustainable in conception and operation, however, it clearly refers to the surrounding buildings from the turn of the last century and blends harmoniously into the cityscape. 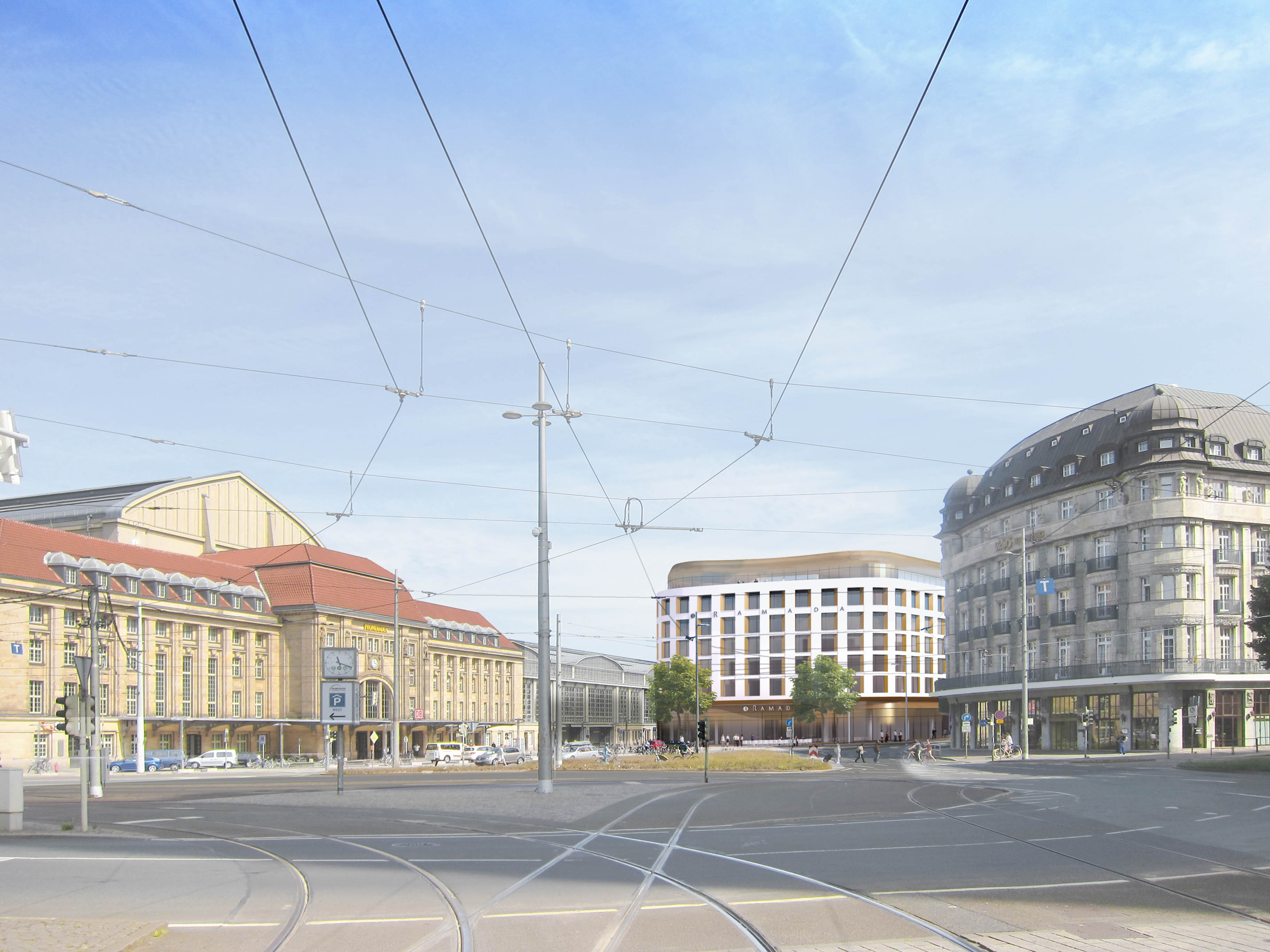 The building, which comprises the two hotels, describes in its floor plan an urban block with two inner courtyards, whereby the Mid-Class Hotel (Ramada) in a U-shape and the Budget Hotel (H2) in a ring are connected to each other. 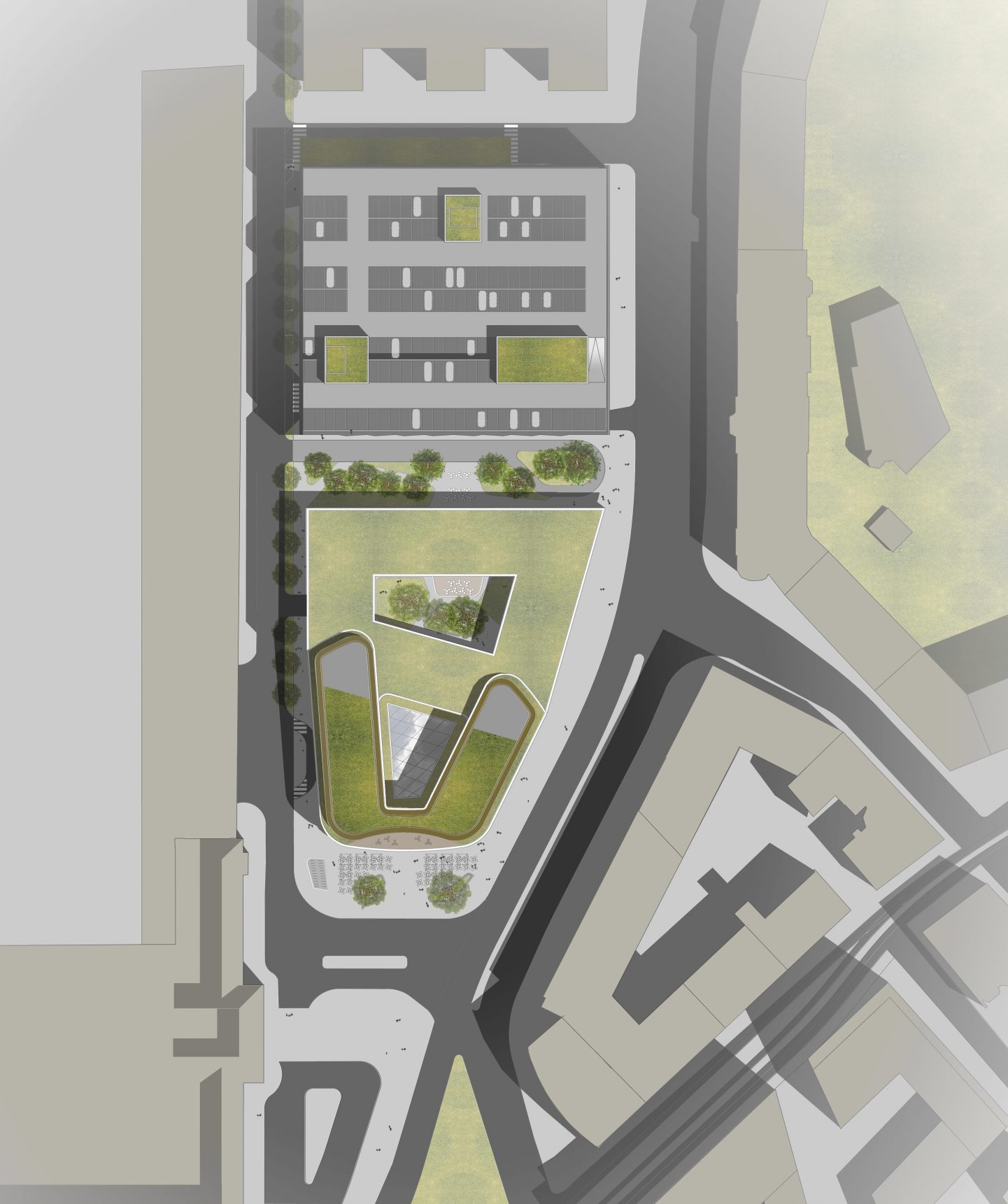